Participation in the Parade at the Hendaye Carnival. 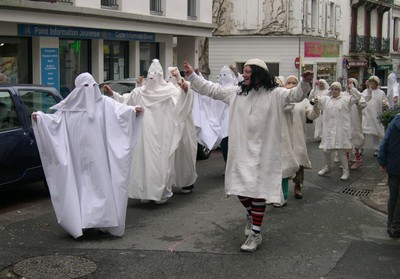 Festival of the Butterflies

Mutxiko has taken part in the “Festival of the Butterflies” that has been organised in the benefit of the Charcot’s Syndrome association that fights against the sclerosis amyotrophic lateral. Many associations and personalities have participated in this festival. 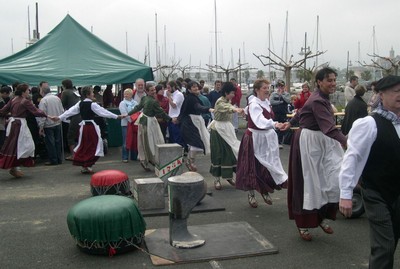 Visit to Viana do Castelo-Outeiro (Portugal)

Thanks to the twinning agreement between Hendaye and Viana do Castelo (Portugal), Mutxiko Elkartea was invited to participate in the 22nd Dance Festival of Outeiro, a town in the Viana do Castelo county. Along with this participation Mutxiko animated the streets of Viana do Castelo and had the chance to get to know the cultural heritage of the area. The group visited the Museum of the Traditional Costumes, the Museum of Bread, actively participated in the town festival and tasted the fantastic food the hostesses prepared . Our thanks to the Outeiro people for their warm welcome and for their kindness. Now we know why they say… Viana é amor ( Viana is love).

The groups participating in the 22nd. OUTEIRO Folk Dance Festival:

May 5th to 8th
Visit of Le Cercle Celtique du Val d´Oust
Our friends from Le Cercle Celtique du Val d’Oust de St. Caradec (Bretagne) payed us a visit to Hendaye; it is the third time both groups get together after the meetings in 2002 and 2004.
Regarding dancing, both groups offered a dance and music performance in the Varietés Theatre in Hendaye. Atharratzeko Dantzariak, another group from the Basque province of Zuberoa, joined us for this performance.  Another dance performance was offered by Le Cercle Celtique during the celebration of the “Salon Nautique” in Hendaye.
Regarding leasure, member of both groups visited the Abbadia surroundings, the town of Pasaia, enjoyed a half-rainy pic-nic in Jaizkibel, and visited the town of Hondarribia.
Regarding friendly lunches; Ola Cider House, Klink club and the “Txoko” of Mutxiko. Three days of Basque and Breton music, dance and songs. We have made plenty of toast !

June 9th
Sagarno eguna
Mutxiko took part in the Cider Day in Hendaye ( Sagarno Eguna). The group held a stand in where delicious “pintxos” were served.
July 25th
Performance at Sokoburu
Among the activities the townhall of Hendaye organises for the summer, Mutxiko Elkartea offered a night performance in the nautic and touristic area of Sokoburu, in Hendaye. 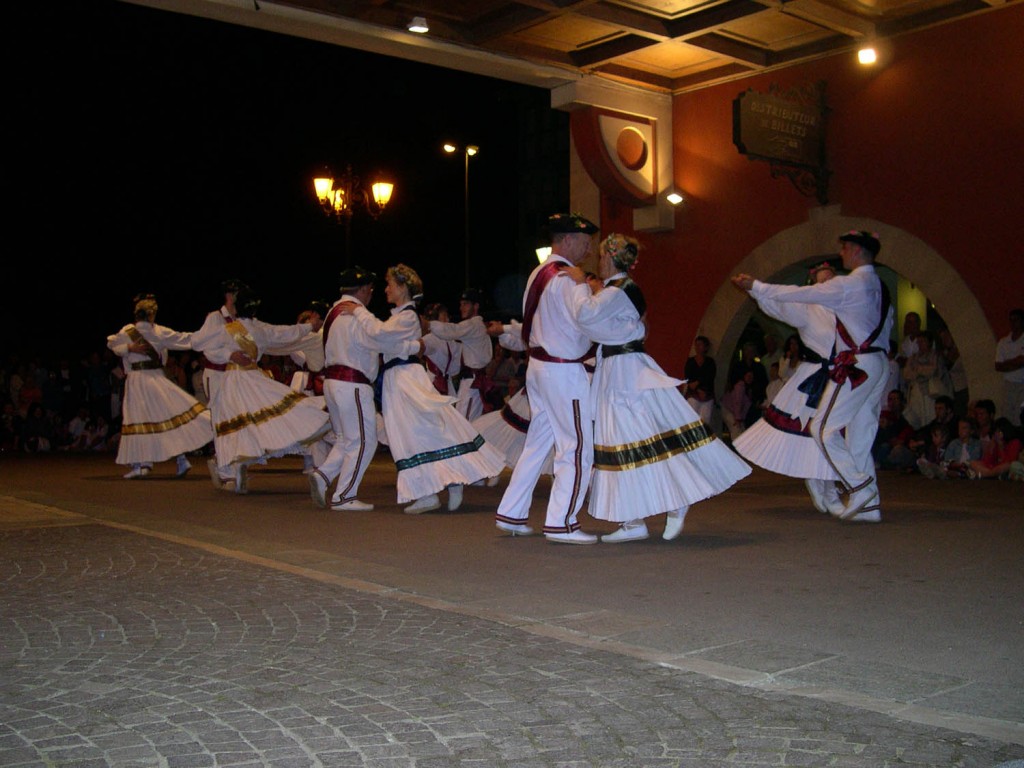 To see more photos click here
August 7th
Performance at Sokoburu
Among the activities the townhall of Hendaye organises for the summer, Mutxiko Elkartea offered a second night performance in the nautic and touristic area of Sokoburu, in Hendaye. 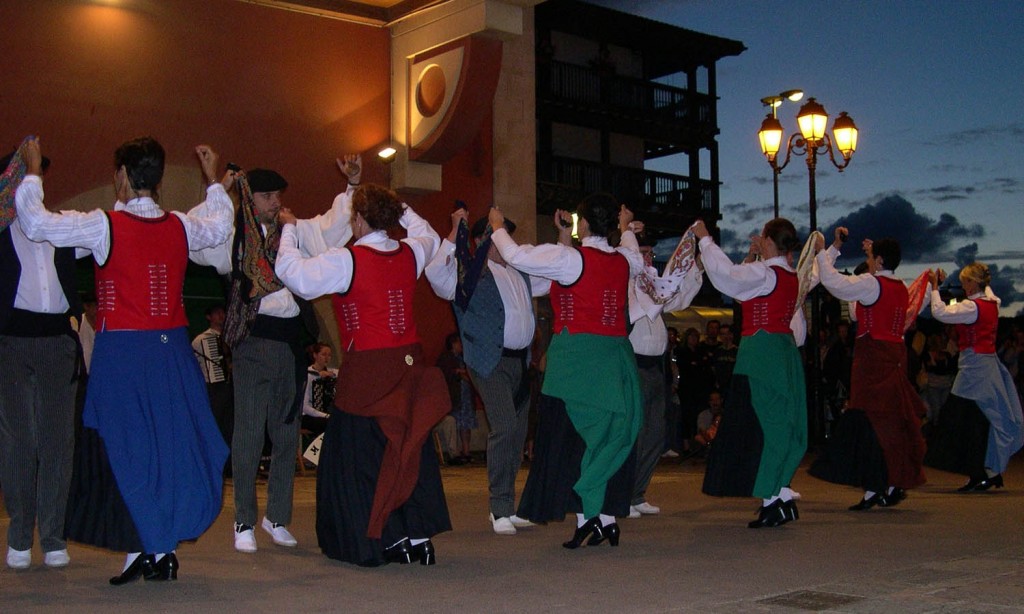 September 23rd
Fête de la Corniche
This is a Festival that takes place in the in seaside road. The road going from Handaye to St. Jean de Luz is closed and a big pic-nic is organised. Mutxiko offered two performances.

To see more photos click here. The photos have been taken by Mr. Jean-Pierre Montagné

October 7th
Pressing of the Apple
A traditional day in which it is showed how do to the pressing of the apple in order to get the popular Basque Cider. Mutxiko entertained the event. 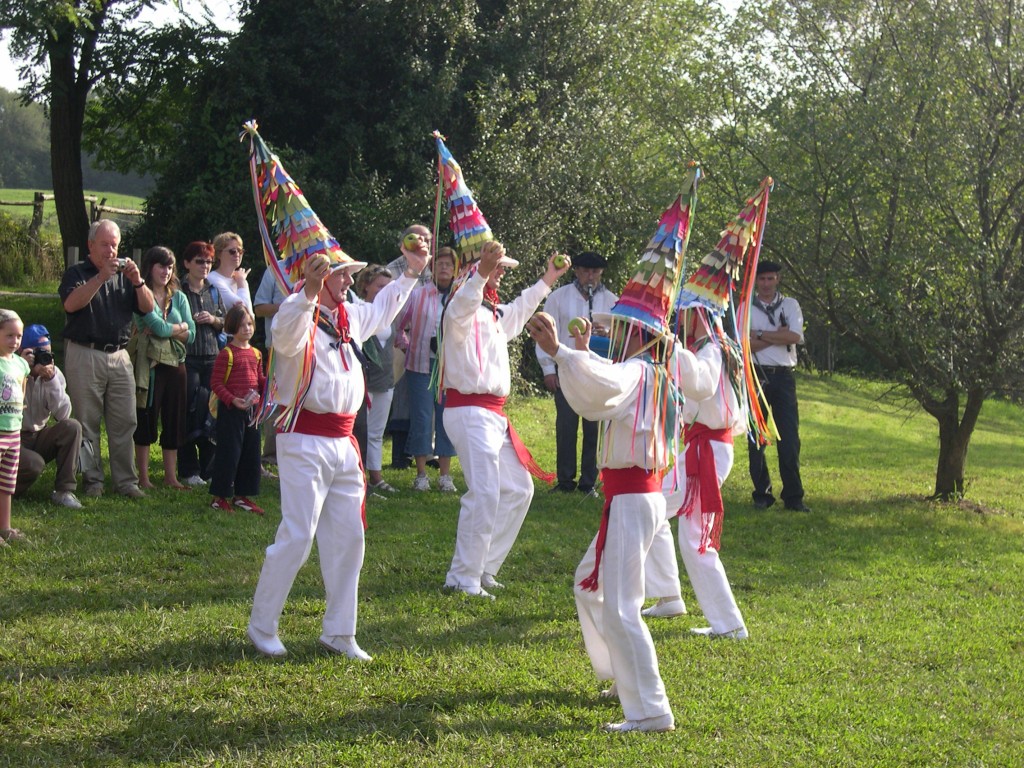