Participation at the Hendaye Carnival. 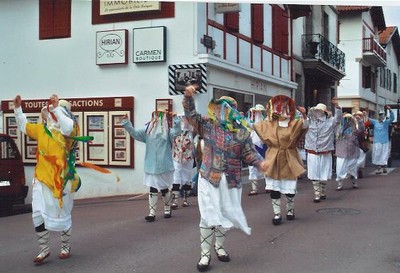 Performance in Ortuella, in the province of Bizkaia. 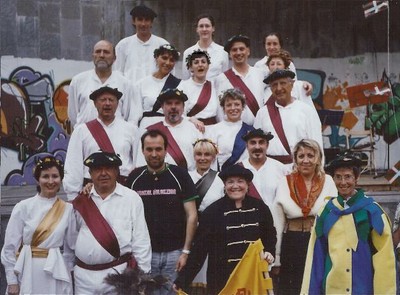 Performance at FICOBA Exhibition Center in IRUN, during the celebration of the Fair of the Basque Coast

Mutxikoak at Gaztelu-Zahar pilota court, in Hendaye, celebrating the 10th anniversary of the group.

Participation in the summer activity programme of the town of Hendaye. The group offered a dance performance in SOKOBURU.

Participation in the summer activity programme of the town of Hendaye. The group offered a second dance performance in SOKOBURU.

Participation in the parade of the EUSKAL JAIA (Basque Festival)  in Hendaye. 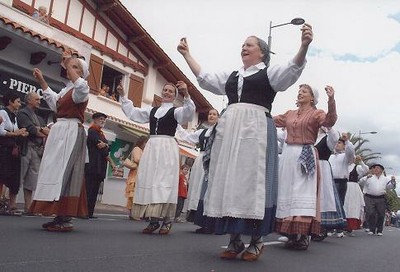 Forum des Associations.The group was present in the annual meeting of the cultural associations of the town of Hendaye.

Soirée at Holiday Resort for a group of friends.

Prentsaketa, a traditional day in which it is showed how do to the pressing of the apple in order to get the popular Basque Cider. Mutxiko entertained the event. 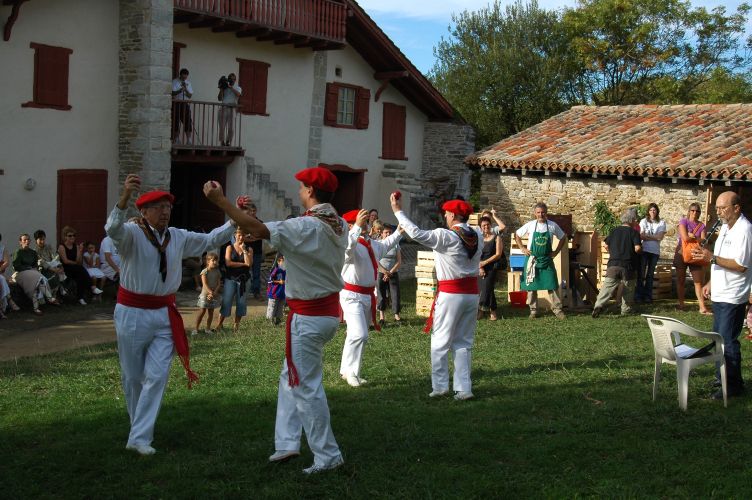 The group traveled to the city of SALOU, in the Catalunian Medirerranean coast. Two performances were offered in big touristic hotels.

Every fourth Sunday of the month, the group gathers in the pilota court Gaztelu Zahar in Hendaye to dance with everyone who wants to join. The fourth Sunday of December of this year was the 24th, Chistmas Eve, and the group wanted to do something special. Therefore most of us went dressed in Baserritar costume and at the end of the dancing, we sang some carols to Olentzero ( the equivalent of Santa Claus in the Basque Culture). 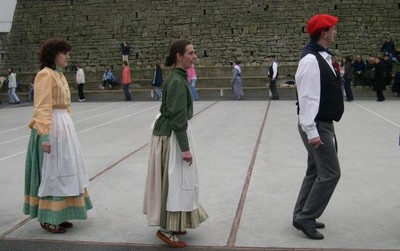 To see more photos of this day, click here