Basque dances have always been accompanied by the music of traditional Basque instruments among which we can highlight the txirula, the txistu and the tamboril and the accordion.

Mutxiko Elkartea count on a group of versatile musicians. They are the perfect complement during dance performances, as they perform additional pieces of music in order to offer the opportunity to hear other traditional melodies and music instruments such as the alboka or the txalaparta.

These are the most representative Basque music instruments:

The txirula is the most significant traditional instrument of the Basque province of Lapurdi. It is a straight flute with a wood peak and belongs to the family of thetxistu. It is usually made of  boxwood. It has a sharp sound like a piccolo. 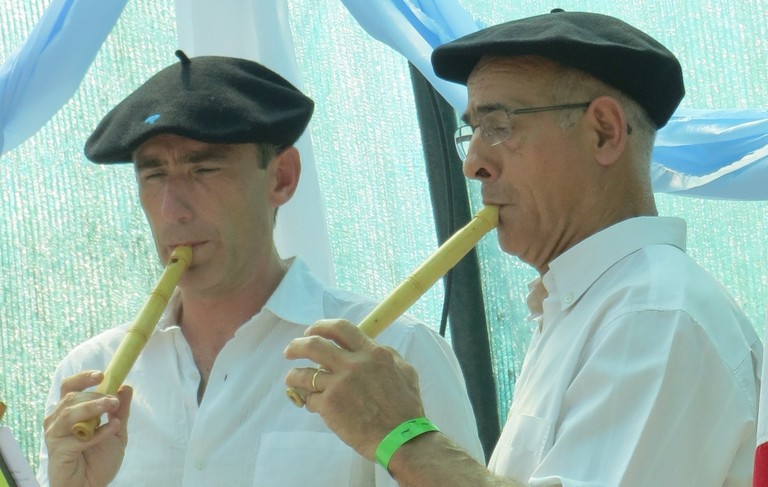 The txirula, played along with other Basque traditional instruments, can be part of a Charanga. Traditionally, in the Mutxikoak and other dances from the province of Zuberoa, the txirula has been accompanied by other instruments such as the accordion, the clarinet, the euphonium, the violin and other percussion instruments.

Musicians from Mutxiko Elkartea playing a traditional piece from Lapurdi, with txirulas accompanied by euphonium, flute, accordion, drum and kettledrum

The txistu is a flat flute with three holes. We can find two types: the txistu and the silbote (longer and with a deeper sound). The use of the txistu is more common in the Basque provinces of  Gipuzkoa, Bizkaia and Araba. It can be played in different nuances to suit the needs of a band, orchestra, etc.

The best friend of the txistu is the tamboril, a small drum that is hold with the left arm by means of a twisted cord. While the txistu is played with the left hand thetamboril is hammered with the right one. A band of txistularis (txistu players) comprises a minimum of 4 musicians: 1st txistu, 2nd txistu, silbote and kettledrum. 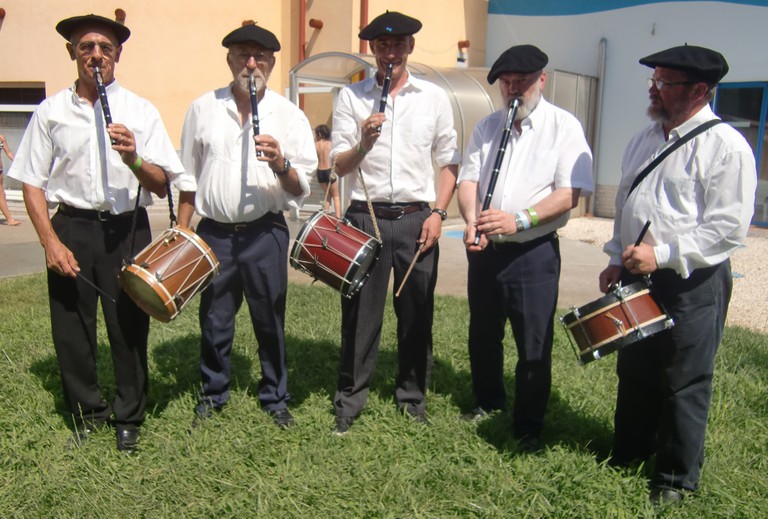 The accordion is an instrument that was introduced in the Basque Country in the late XIX century, so we can say that its integration into the Basque folklore is relatively recent. His arrival was a phenomenon, and he rapidly found its place among the traditional instruments. In some cases, it replaced some instruments from that time (i.e. the trikitrixa accordion, diatonic) and in many cases was played together with other instruments.

In our case we use chromatic style accordions, either with piano or with buttons. In some specific dances, as is the case of Irradaka, the accordion is the only instrument that is played. 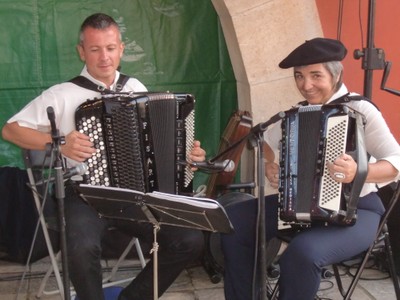 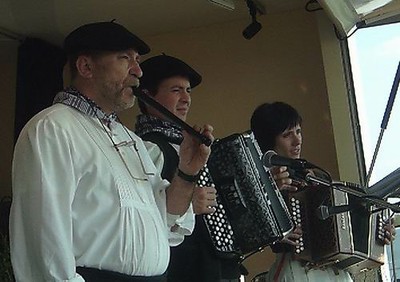 The alboka is a pastoral origin instrument made from the horns of oxen and it produces a high pitched sound. It is not difficult to play, it is said, but the musician must always maintain a mouth full of air.

He is credited with an Arab origin (his name begins with the prefix al-) and is still played mainly in the province of Bizkaia. It is played for dancing fandango, arin-arin and parades. The alboka is often accompanied by a pandero, wich is a type of tambourine being played by moistening the middle finger and dragging it into the leather, to make it vibrate. 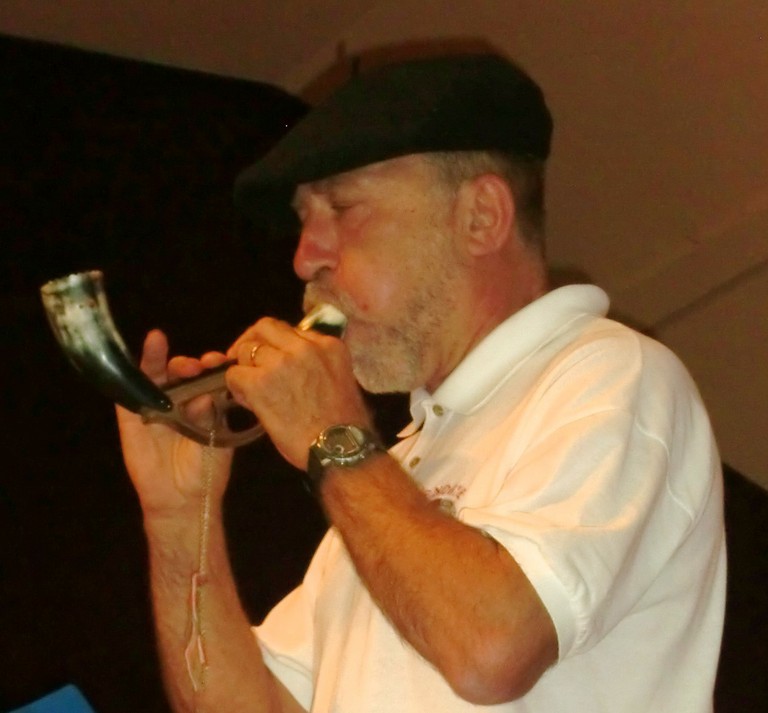 The txalaparta is an instument made up of one or more thick wooden boards that is played by two people. The players, called Txalapartariak, use short wooden sticks about 20 inches long and an inch and a half in diameter to hit the boards following a set of rules for rythym. Music is made by having one or more performers produce differing rhythms, playing with wood knots and spots of the boards for different tones.

Historically it is belived that the txalaparta was used as a means of communication between remote farms (baserris). There would have been a special rythym used to signal that cider was ready, or that a death had occurred, for example. Today, though, it is used more as a musical instrument. 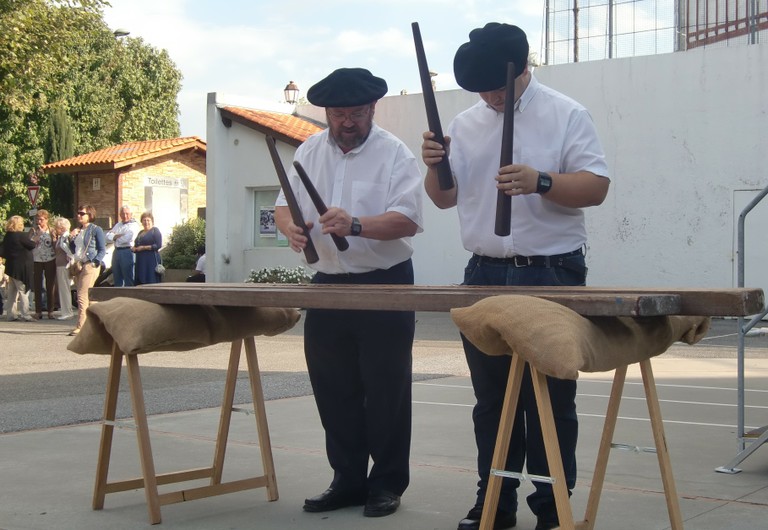